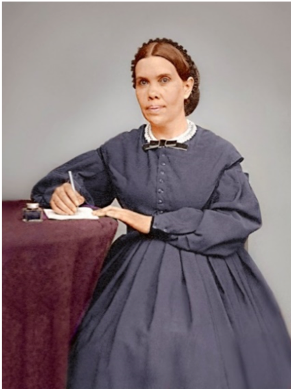 “Make Christ first and last and best in everything. Constantly behold Him, and your love for Him will daily become deeper and stronger.”

Ellen White wrote countless gems like this one about her Best Friend, Jesus. Millions of readers have been drawn into a closer relationship with Him as a result of reading her writings on a variety of spiritual topics. Ellen White was a gifted nineteenth-century religious writer, author, renowned speaker, and co-founder of the Seventh-day Adventist Church.

Little Education – Surprisingly for a writer, her classroom education ended at about the age of nine, following a bully’s attack in the streets of Portland, Maine. The incident left her a near-total invalid for the next several years. Certainly “weakest of the weak” was an apt description of God’s choice for His messenger. No college degree would hang in her home. She never “took a selfie,” sent out a “tweet,” or had her own YouTube channel. But for a nineteenth-century woman she was indeed remarkable, preaching throughout America, Europe, and Australia, in addition to authoring thousands of articles and publishing 50 books on many practical and religious topics. To this very day, her writings continue to bring countless blessings to millions around the globe.

Called by God – In December 1844 at the age of 17, while praying earnestly with friends, Ellen Harmon received her first vision, a supernatural view of the travels of the Advent people to the city of God. On August 30, 1846, she married James White, who, like Ellen, had accepted the Millerite message of the imminent return of Jesus. Together they began to share her visions all over New England. Sometimes, there were words of counsel for a given individual or group; at other times the messages were for her fellow-believers as a whole. Sadly, she and her husband James suffered the loss of two of their four children—Herbert in infancy, and Henry at age 16. Ellen White also spent the final 34 years of her life as a widow, after James died of a heart attack at the early age of 60.

Post-Millerite Movement – Ellen White’s prophetic ministry and consequent writings continued to inspire the Millerite remnant after The Great Disappointment of 1844. She not only brought encouragement to the fledgling group of believers in North America, but also to those carrying the Advent message to Europe in about 1874, then Australia in 1885, and gradually the rest of the world by the early twentieth-century. By the time Ellen White passed in 1915 at the age of 87, the Seventh-day Adventist Church that she and her husband helped co-found, had steadily grown in membership to 136,879.

Sabbatarian Advent Movement – In the two decades following the events of 1844, Ellen and James White along with Joseph Bates were at the vanguard of those who helped organize the Seventh-day Adventist Church, a global movement that today has reached more than 20 million baptized members, with more than 30 million attending weekly worship services in over 200 countries and territories. Millions of her books are in print, in virtually every major language, from Arabic to Albanian, English to Esperanto, Czech to Chinese, Spanish to Serbian, and scores of others.

A Leader in Her Time – When you consider the time in which Ellen White was born, matured, and ministered, her influence is all the more remarkable. Women were not expected to be leading religious figures in the nineteenth-century. You could count their number on the fingers of your hand. Nor were those of her educational level counted among the ranks of best-selling authors. Ellen White is the most-widely published woman on religious topics in the world and in 2014 she earned a spot on the Smithsonian magazine’s ranking of the 100 most influential Americans of all time.

The Gift of Prophecy

Sola Scriptura – The Bible points to God as its Author, yet it was written by humans. The truths revealed in Scripture were given under inspiration by God, yet they are expressed in the words of humanity. God, through His Holy Spirit sheds light upon the minds of His messengers through visions and dreams.  The truths revealed to His prophets are captured in human language for us to read. The Bible teaches that the gift of prophecy does not belong to only one period of history. The Seventh-day Adventist Church believes that this gift has been manifested in the life and work of Ellen G. White. Starting in 1844, when only 17, she received the first of many hundreds of visions from God, continuing until 1915, when she was laid to rest. Throughout her entire ministry the harmony of Ellen White’s writings with that of the Biblical prophets is evident. Her writings are not an addition to Scripture, nor do they replace or contradict it; instead they elevate the Bible as the true source of inspiration and light.

The Conflict of the Ages Series – Ellen White’s insights into the major themes of the Bible are extraordinary, her most notable one being that of “the great controversy,” the cosmic contest between Christ and His angels and Satan and his fallen angels. Ellen White portrayed this battle extensively in her magnum opus on Scripture, a series called “The Conflict of the Ages.” In this five-book set, readers are given fascinating “behind-the scenes” accounts and detailed insight to the story and backstory of many well-known happenings in the Bible and key events in history.

This is the underlining theme of the Conflict of the Ages series that chronologically details the history of the great battle between good and evil, from its origins in heaven to the final overthrow of rebellion and the total eradication of sin. The two opening and closing passages from the series profoundly declare,

“The great controversy is ended. Sin and sinners are no more. The entire universe is clean. One pulse of harmony and gladness beats through the vast creation. From Him who created all, flow life and light and gladness, throughout the realms of illimitable space. From the minutest atom to the greatest world, all things, animate and inanimate, in their unshadowed beauty and perfect joy, declare that God is love.” (3) 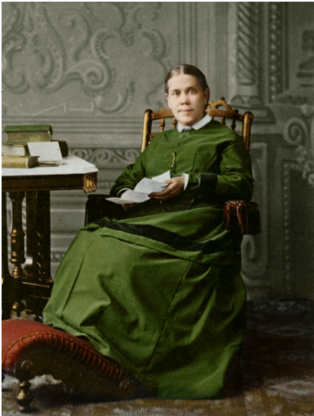 Christians have often commented how powerfully God can use the life of a person “fully surrendered” to Jesus. The life, work, and legacy of Ellen G. White bear incredible testimony to that truth. Her speaking—including before audiences of up to 20,000 and without amplification—moved multitudes to live healthier lives and turn their hearts to God.  Because a young woman in New England devoted her entire life to serving Jesus completely, the world is the beneficiary of her divinely inspired insightful writings on Scripture, health, relationships, parenting, education, evangelism, and many other important topics. In a world where adjectives are piled on to make the ordinary seem otherwise, with her many gifts, leadership, and accomplishments, Ellen G. White was indeed “a remarkable woman of God” Her life’s a living testament to what it means to be wholly led by God.

In the essays that follow, you can learn much more than a brief introduction can convey about this truly remarkable God fearing author and messenger. But whatever your spiritual orientation, we hope you’ll agree with us that the life of Ellen G. White is highly notable and worthy of further investigation.